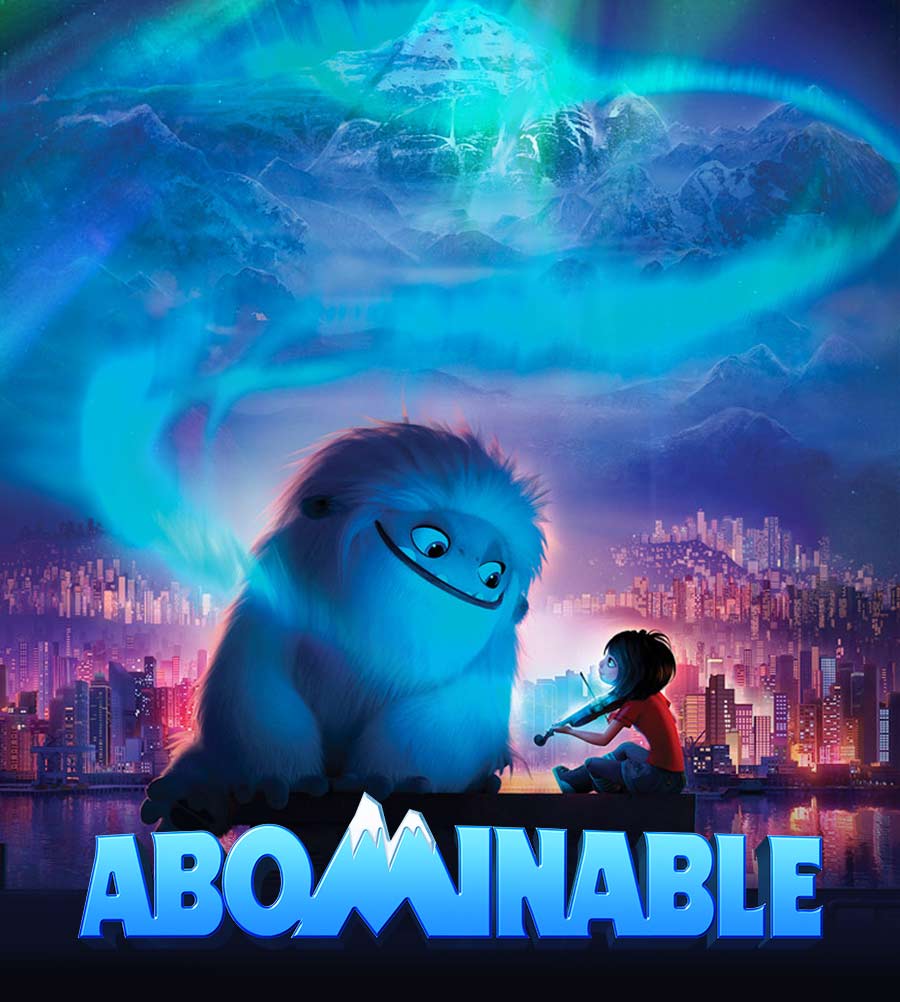 The Yeti has always remained an ever-elusive figure, captured through the years both in animated as well as live-action features. ‘Abominable’ is the story of a young girl Yi who lives with her mother and grandmother in Shanghai. She hopes to fulfil her late father’s dreams of her travelling the world and finds herself stifled in life she leads.

Yi finds her world turned upside down when she encounters a Yeti that has been hiding out on the roof of her apartment building, on the run from a group of scientists. Yi and her rag-tag group of friends must undertake the journey to return the Yeti, who they name Everest, to his rightful home in the mountains.

The film has many poignant moments, especially when Yi plays the violin – which used to be her father’s instrument of choice. The audience is drawn to her character, which is a well-written balance of a sad young girl and an adventurous teen.

Audiences will find themselves drawn to the moments of humour between a loveable Everest and the unlikely group of friends tasked with returning him home. The film features several breathtaking scenes, especially when Everest reveals he has magic powers. The plot of the film may feel familiar to many, however, it is still a recommended watch.