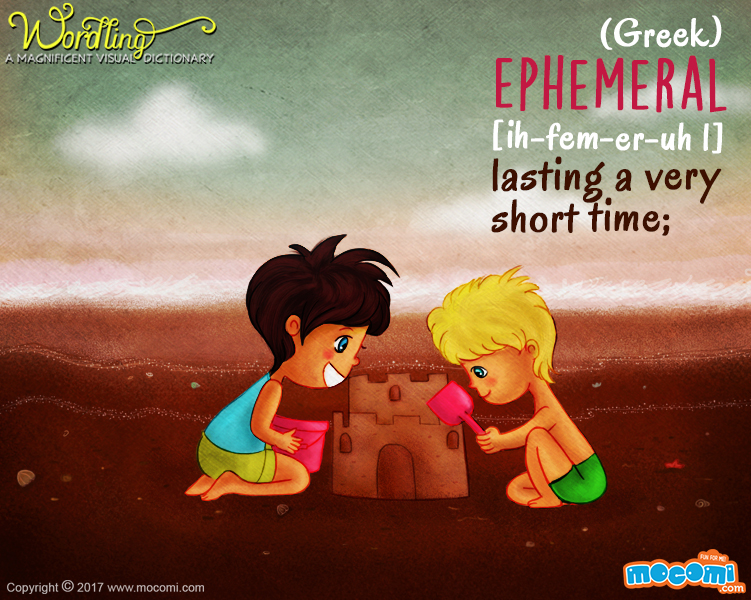 “Ephemeral” What does that mean?

Have you ever wondered about the fleeting nature of some of our best moments in life? A word to describe those times would be ephemeral. Pronounced [ih-fem -er-uhl], Ephemeral refers to something that lasts for a very short time, or as a transition between two stages or events, such as a flower that blooms seasonally, or sand castles that don’t last very long, or even childhood, which seems to fade so fast into adulthood that it can only be described as ephemeral. Can you think of something else that is ephemeral?