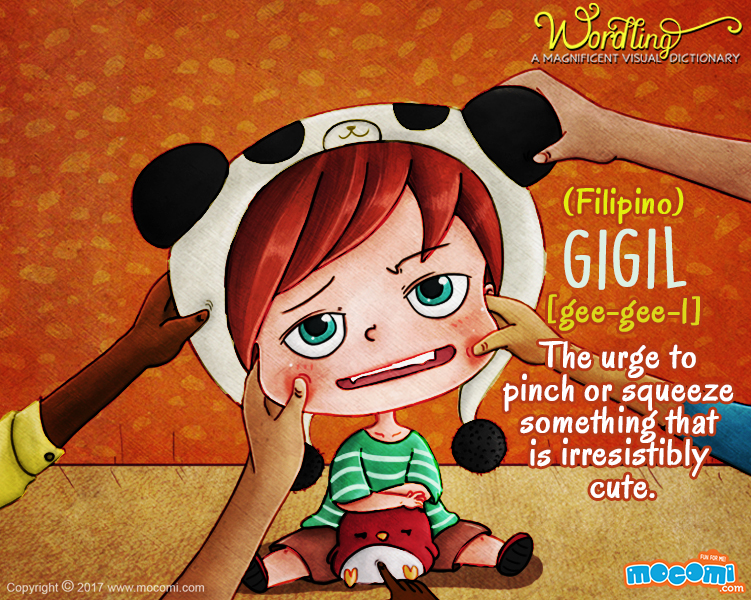 What does “Gigil” mean?

Have you ever looked at something that’s so cute and cuddly that you just had to pinch it/squeeze it? Maybe it’s someone with really chubby cheeks, or an especially furry or squishy animal. This irresistible urge to pinch/squeeze that often results in sullen/irritable looks from the object of your affection is called Gigil. Pronounced (gee-gee-l), this Filipino word just perfectly describes that mad urge. And it often gets us angry looks from red-cheeked victims.