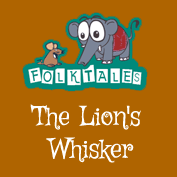 Many years back, there lived a young married couple in a small village in Africa. In the beginning, the husband and the wife were very happy in their marriage and loved spending time with each other. However, of late, things had changed a lot. The husband started staying a little unhappy and never returned home on time, unlike before. The wife loved her husband very much and thought that he was the most wonderful man in the world, but of late, the husband’s behaviour made the wife really sad and miserable.

One day, she decided to visit a wise old man in the village, to get some advice about her marriage. The old man had got this couple married just a few years back and had thought that it would last forever. He was very sad to hear that they were unhappy in their marriage.

The old man said that he could end their marriage ,but he asked the wife for one last time, if she really wanted to end this marriage and marry someone else.

“I want my husband to be loving and caring like before and even I want to be like that,” the wife replied sadly. The old man replied, “If that what you really want then I think I can help you. I can make a secret potion. Once your husband has the potion, he will turn into a very loving and caring man.” “Really?” the wife exclaimed. “Then please prepare it and give it to me at once,” she said impatiently.

“I can make the potion but you have to get me a very special ingredient for it,” the old man said to the wife.
“I will get you whatever you want,” the wife said.
“Alright then, please get me a single whisker from the body of a living lion.”
The wife was shocked to hear about the ingredient. But she wanted to save her marriage so badly that she promised the old man that she would get the whisker.

The next day, the wife bought a huge chunk of meat and waited near the river where the lions often came to drink water. As she saw a lion approaching from a distance, she dropped the meat on the ground and hid behind a tree. The lion saw the meat on the ground and finished it in one single bite. The lion knew that the wife was there. She was shivering with fear, waiting for the lion to leave. After a while, the lion left quietly.

The next day the wife did the same thing. Only this time the lion came quickly to eat the meat. This continued for about a month and every day the woman kept moving closer and closer to the lion.
After a month, the wife decided to move really close to the lion and one day, she actually went and sat beside the lion while he was eating the piece of meat. Shaking with fear the wife slowly pulled out a whisker from the lion’s chin. The lion turned its huge head and took a look at her. She almost froze with fear. But the lion turned back its head and continued to eat.

The wife waited for the lion to leave and then ran to the old man with the lion’s whisker. The old man was awestruck to hear the story of the wife. He said, “It requires immense courage, patience and perseverance to accomplish a task like that. If you can show even half the amount of patience and courage in your marriage, I am sure you can change your husband with that.”

“What about the potion?” The wife asked eagerly.
The old man replied, “I can certainly make the potion. But that wouldn’t last forever. But if you try, you can change your husband into a loving man with the help of your love, understanding and patience. Make him feel loved and wanted and share all his problems. I am sure he will change into a better man.”

The wife followed the advice of the old man and within a month the husband’s behaviour changed towards her. He became more caring and loving and was never late from work. Thus, they lived a happily married life forever.