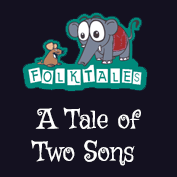 Once, a very rich businessman had two sons. While he showered the younger one with all the gifts, love and affection in the world, the elder son was generally neglected. The elder son was very sad and baffled and never understood the reason of his father’s partiality towards his younger brother. Gradually, he started maintaining a distance from his father.

Years later, when the boys grew up, the father wanted them to manage his business. The younger son was given the privilege of going for his higher studies while the elder son was made to join the father’s business immediately.

The father explained the nitty-gritties of his business to the elder son. Always a dedicated person, the elder son, took his work very seriously. From morning till night, he worked extremely hard to understand and expand his father’s business. Being a hard taskmaster, the father always pushed his son to earn more and more profit by implementing different management strategies. Within a few months, the elder son became very successful in his ventures and the company’s profits increased manifold.

The younger son, on the other hand, led a luxurious life. In the name of higher education, he had spent all his money and was having a great time at his father’s expense. Once he had finished his studies, the father was excited to hand over to his favourite son his own share of business. He was very proud of his younger son and was confident that he would bring a lot of fame and prosperity to his father’s company.

However, things took a different turn altogether. The younger son, who was all the while busy having fun and enjoying his life, did not gain any knowledge of managing a business. He made the wrong investments, took faulty decisions and within no time, turned his father’s once prosperous business into a mere bankrupt organization.

The elder son achieved continuous success in his career and proved to be a very worthy businessman.

One day, the father was really upset and told his elder son, “Did you see, what a scoundrel your brother has turned into? He is absolutely unworthy of anything. I never expected him to become like this. He ruined everything that I had built. He is nothing but an incompetent and spendthrift moron.”

The elder son did not react and said, “I want to start a business of my own.” The father was shocked to hear that. “Why do you want to do that?” the father asked dumbfounded.

“I am capable of starting and running a business on my own, and yes, I don’t think it’s my brother’s fault that he has turned out to be like this. It is the parents who make their children what they become.