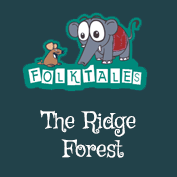 A very long time ago, when man used to hunt animals for food, there was a man who was very famous for his perfect shots. He only killed animals when he was hungry and was known to have never missed a shot. He could kill an animal just by a single shot.

One bright sunny morning, he was waking in the woods waiting for an animal to hunt. After a while, he was tired and sat down for some rest. Suddenly, at a distance he saw a bear climbing a mountain very slowly. He immediately lifted his gun and was ready to shoot at the bear, when he suddenly noticed that the bear was climbing across a very narrow ridge. The man thought for himself that if he shot the bear now, it would die by falling deep into the gorge. Thus, he would never find the bear. So he decided to wait and watch.

Then, the man saw another small bear climbing the mountain from the opposite direction leading towards the same narrow ridge. He started thinking that soon these two bears would come face to face with each other, would have a fight and eventually both of them would fall into the gorge. Fearing that he would lose both the bears, he decide to shoot one of them, so that he could save the other. However, he thought to himself that if the other bear gets scared by the shot, then it would jump off the mountain and he would lose both the bears. So he once again decided to stay quiet and watch.
As both the bears came close to each other, they stopped and started discussing something. The hunter waited for them to fight when suddenly he saw the big bear sit down so that the small bear could cross the road by climbing on the big bear’s back. After that, the big bear got up and started walking.

The hunter was extremely surprised and overwhelmed by their gesture. He realised that animals knew much more about courtesy and cooperation than human beings. Human beings are foolish enough to keep fighting with each other over the smallest of the things. The man felt ashamed of himself, and decided that he would never hunt again. He stayed in the forest and tried to understand how animals communicated among themselves and lived in harmony with each other. It is said that he continued to live in that jungle for all his life and tried to save the animals of the jungle from being hunted by others. No one was ever allowed to hunt in that jungle again and it was turned into a reserved forest. The forest hence came to be known as “The Ridge forest.”