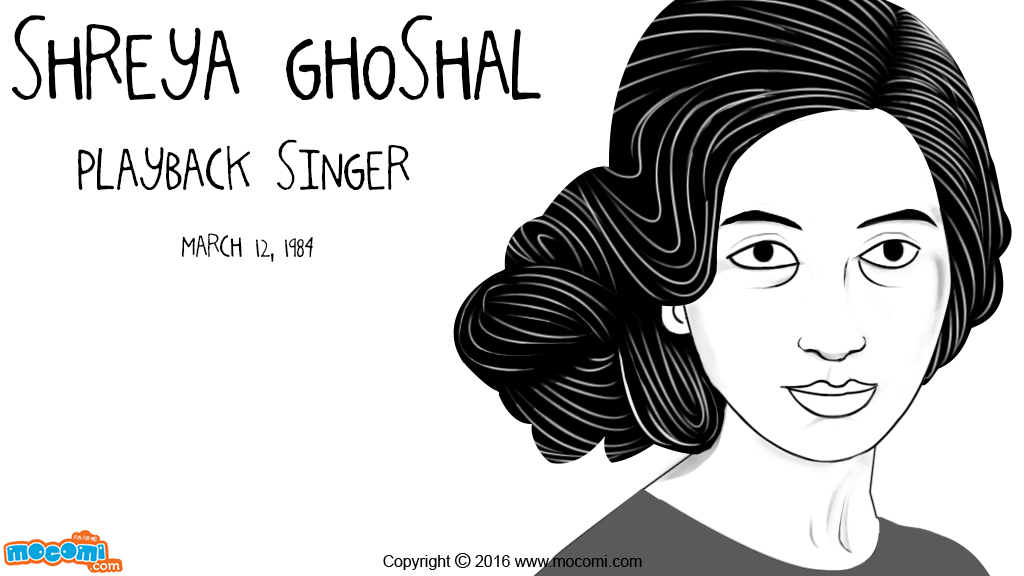 Who is Shreya Ghoshal?

Shreya Ghoshal (1984 – ) is a playback singer for Indian films. She first made her mark as an adult chanteuse after winning a talent show on Indian TV. Her playback career began as the singing voice of Paro in the Bollywood film Devdas for which she received multiple awards. Goshal was born in West Bengal but grew up in Kota, Rajasthan where her father was a nuclear power plant engineer. The trained Hindustani classical singer moved to Mumbai with her parents after winning an earlier contest in a children’s special for a similar TV show. Between the children’s special and her debut as an adult Shreya began recording in regional languages for various outlets. Soon after Devdas, Shreya was swooped up by music directors from all over India and has recorded songs in Bengali, Marathi, Tamil, Kanada, Malayalam, and Telegu.

For which of her songs has Shreya Ghoshal bagged the prestigious National Film Award?

Other than singing in hindi, which other languages has Sherya sung in?