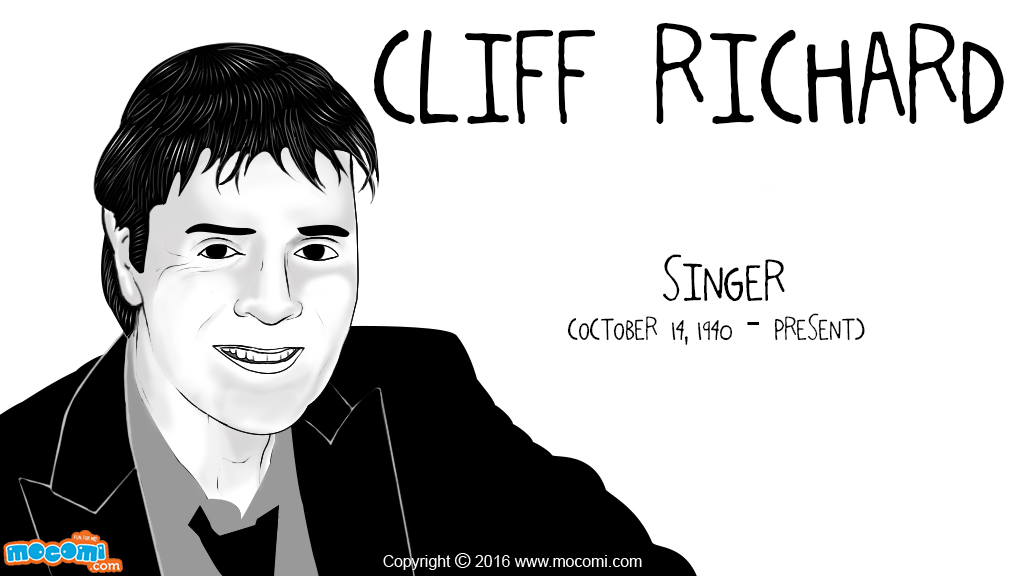 Cliff Richard (1940 – ), born Harry Rodger Webb, is an Indian born British singer. Richards was born to Anglo Indian parents in Lucknow and spent the first 8 years of his life there and in Howrah. Cliff Richard’s father observed that his son was interested in music and gifted him his first guitar. When he was singing with a group called Thew Drifters (different from the US group) Harry’s manager suggested that he change his surname to Richards in honour of Cliff Richards and by the time they made their first large-scale performance he adopted the stage name Cliff Richard. Richard is hailed as Britain’s first rock ‘n roll musician who brought the genre to the forefront in the UK. John Lennon who was a member of the international rock n roll group The Beatles famously said of Richard “…before Cliff Richard and the Shadows, there had been nothing worth listening to in British Music.” He is the only artist to have a #1 hit in six consecutive decades (1950 – 2000’s) and has sold multi-platinum albums the world over.