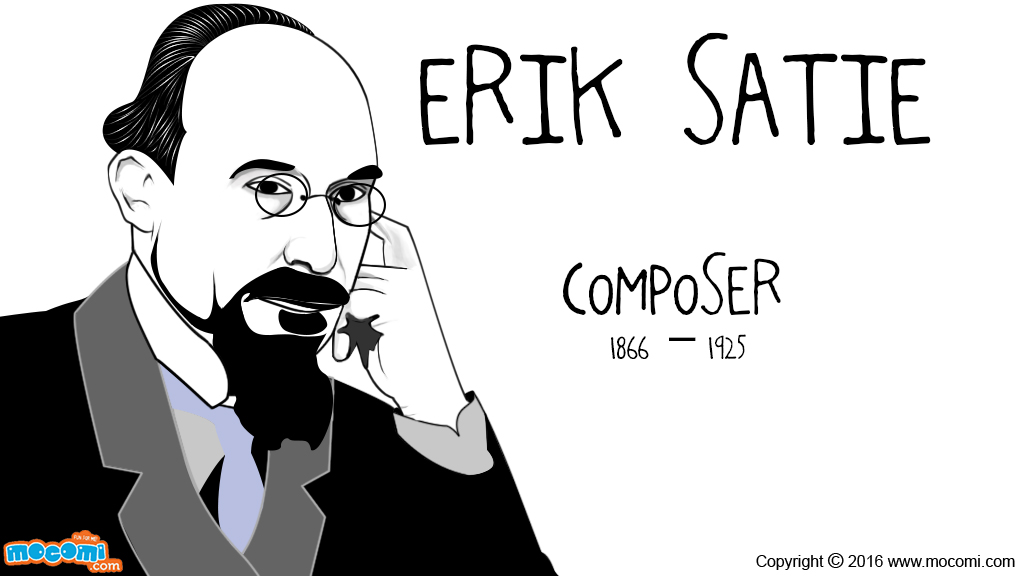 Who is Erik Satie?

Erik Satie (1866 – 1925) was a colourful figure of modern classical music. The son of Alfred and Jane Satie was sent from Paris to live with his grandparents in his birthplace Hornfleur after his mother’s death. There he began taking piano lessons from the local organist. Erik and his brother returned to Paris where they were reunited with their father, who had recently married a piano teacher.

Soon after, Satie began to study at the Paris Conservatoire. His teachers labeled him worthless, untalented and the laziest student in the conservatory. While he may not have been the most talented pianist, Satie’s genius lay in his compositions.

In 1887 Erik Satie moved to the Montmarte, a section of Paris with a flourishing art scene. There he developed his own system of composition. He coined the word gnosienne for a group of his compositions. It was one of the rare occasions when a composer used a new term to indicate a type of compositional style. Satie never stopped composing and even took a hiatus to go back to school to study at the Schola Catnorum de Paris.

Erik Satie coined many terms for his compositions. Find two others.
Hint: two of his most famous ones both begin with the word trois, meaning three.