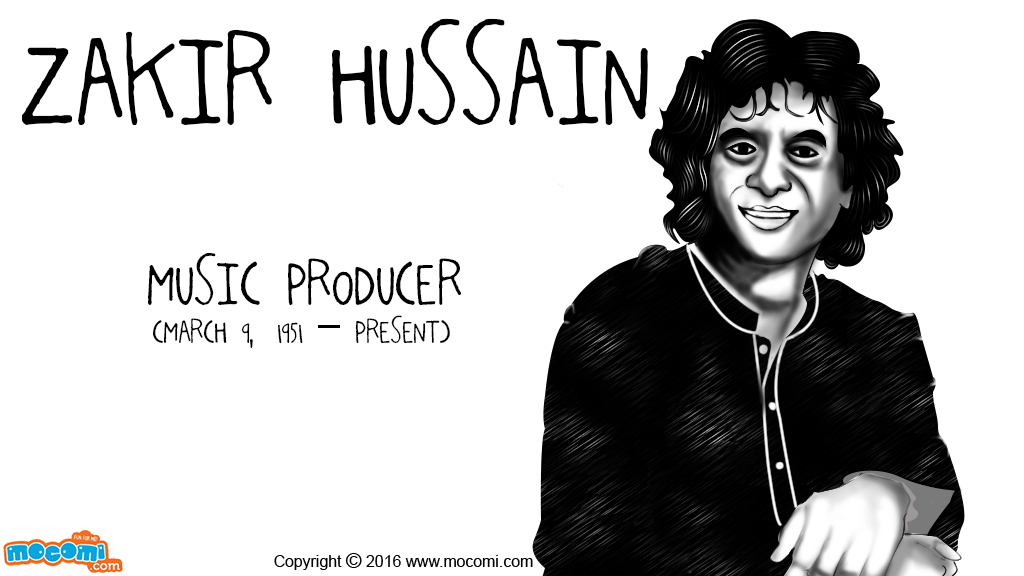 Who is Zakir Hussain?

Zakir Hussain (1951 – ) is a noted Indian tabla virtuoso. He is lauded as one of the great architects of contemporary world music through his collaborations with Indian classical artists and contemporary western musicians from all over the globe. A child prodigy, Hussain gave his first professional concert in 1963 at age 12 and seven years later he was on the world stage with his first international concert. Since then he has played scores of solo concerts, recorded numerous collaborative projects and had also been featured in movies. His recording label Moment! Records features original collaborations in contemporary world music.

Many of Zakir Hussain’s family members are well recognized in the field of classical music. Their works are well documented over the internet and with the help of a little research, get to know exactly who they are and the area’s they have specialised and gained popularity in.

Alternatively, you could also do a little write-up on the tabla maestro for your own satisfaction and know-how.