You Are Here : Home » Learn » New World » Answer me » Who Invented Homework?
DOWNLOAD 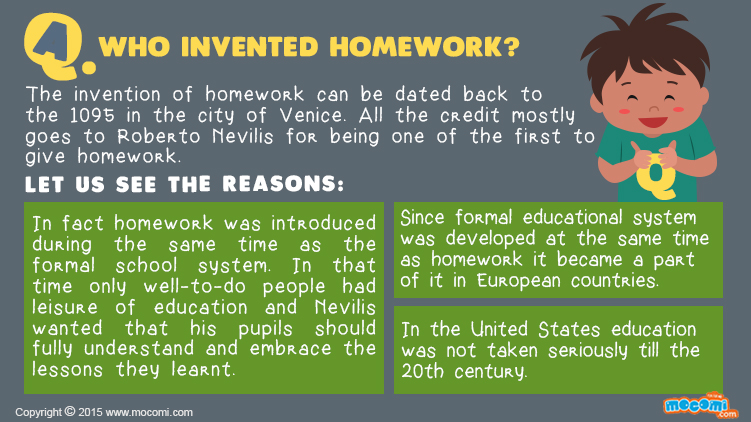 Who created Homework and Why?

The invention of homework can be dated back to the 1095 in the city of Venice. All the credit mostly goes to Roberto Nevilis for being one of the first to give homework. There might have been others, but there is no evidence or recordings of them.

In fact homework was introduced during the same time as the formal school system. In that time only well-to-do people had leisure of education and Nevilis wanted that his pupils should fully understand and embrace the lessons they learnt. Since formal educational system was developed at the same time as homework it became a part of it in European countries.

In the United States educational was not taken seriously till the 20th century. It was taken as a nuisance since children were needed at home to support their family instead of being involved with studies. But after the 2nd World War the mindset of people changed when the World stated needing more people with educational qualification to help with problem around the Globe.

Why do Leaves fall off Trees?