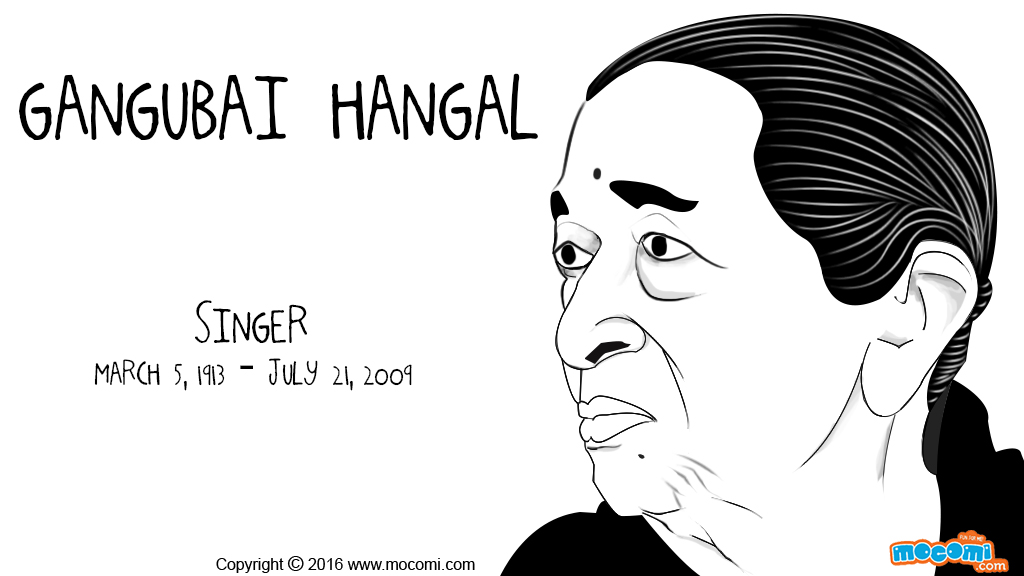 Gangubai Hangal (1913 – 2009) was a Hindustani classical singer of the Kirana gharana (school of music). Gangubai, a Karnataka native, began her formal vocal training at the Krishna Acharya school of music at age 13. Even though her mother was an accomplished Carnatic singer, Gangubai insisted on training in Hindustani classical. She started under the tutelage of Dattopant Desai and later the respected maestro Sawai Gandharva. Her singing career began with bhajan and thumri but she is known for her contribution to Khyal, a modern genre of Hindustani classical. Singing was not considered a worthy profession in Gangubai’s social circle which is why she had to battle a great deal of prejudice on her climb to the high-table of Indian classical music. She worked for All India Radio after independence and has performed all over the world. Gangubai served as a professor of music at the Karnataka University and has been awarded multiple awards including the Padma Bhushan and Padma Vibhushan.