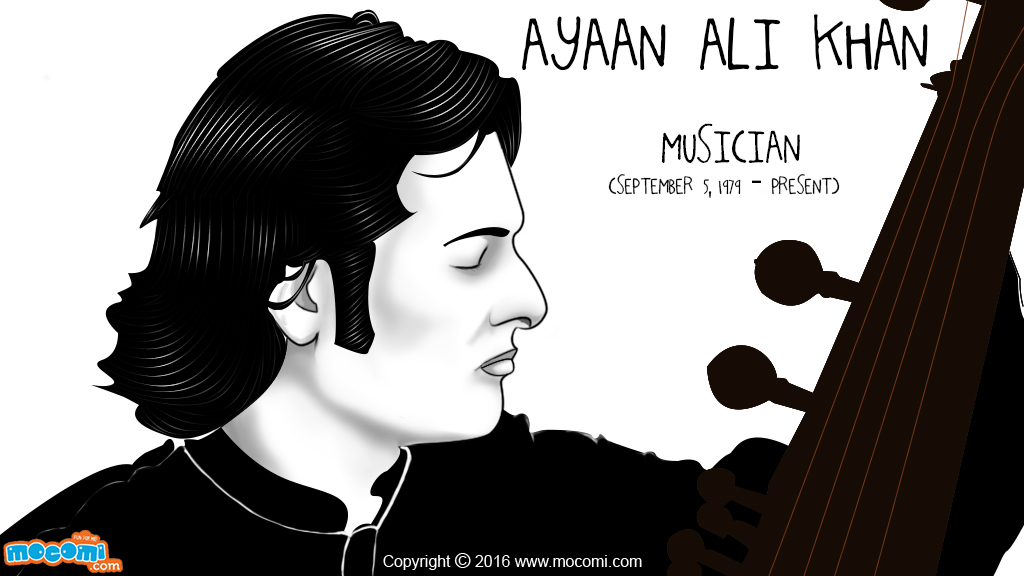 Who is Ayaan Ali Khan?

Ayaan Ali Khan (1979) is a sarod player and seventh generation musician from the Senia Bengash school of music. He is the second son of maestro Amjad Ali Khan. The young musicican began his training in sarod from a very early age and by age 8 he was giving solo performances on stage. Both he and his brother were under the tutelage of their father. Ayaan’s mother Subhalakshmi is also from the arts world. She was a Bharatanatayam dancer until she sacrificed her career to care for Ayaan and his brother who both showed great talent in their early days.

By the time Ayaan turned 18 he had already performed in New York City’s Carnegie Hall. Ayaan has many solo performances and albums to his name, although he is never too far away from his brother and guru-father. In 2005 the trio made an album named Moksha, which was nominated for a Grammy award for Best Traditional World Music Album.

After many years of perfecting his talent Ayaan began experimenting the fusion between sarod music and electronic sound. This resulted in an album called Reincarnation. By making the sound of an Indian classical instrument accessible through electronic sounds, he and his brother are teaching young ears to recognise and appreciate older sounds.

The Senia Bengash family claims to have invented the modern sarod. Can you find out online what instrument was modified to make the sarod what it is today?

What are the differences between the sarod and the sitar?

In which year did Ayaan make his international debut?