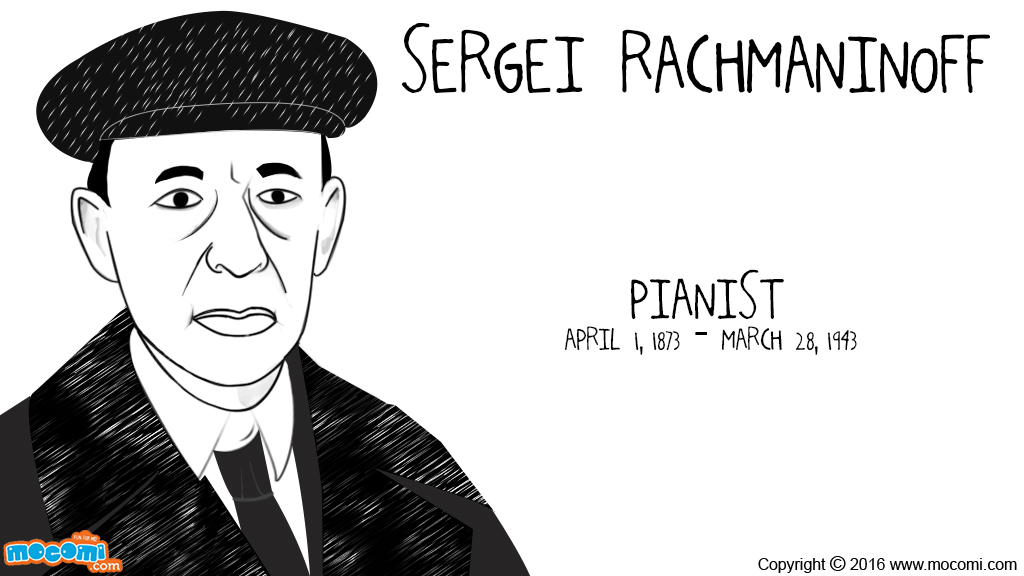 Who is Sergei Rachmaninoff ?

Sergei Rachmaninoff (1873 – 1943) was a Russian pianist, composer, and conductor and is one of the last composers of the romantic period. Both of Sergei’s parents were amateur pianists and members of the aristocracy. His mother casually taught him how to play the piano but he only began taking lessons seriously at age nine when a tutor was hired to exclusively give him lessons. Rachmaninoff went on to study at two prestigious music schools- the Saint Petersberg Conservatory and the Moscow Imperial Conservatory. He went on to have spurts of musical genius for the better part of his young-adulthood but suffered many periods of writer’s block caused by various traumatic events including the Russian revolution and home-sickness from the exile that followed. Sergei spent much of his time as a concert pianist playing mostly his own works and those of his friends and will be remembered for his compositions and his pitch perfect music recordings.

Name the three cities in which the names of streets are dedicated to the great artist?