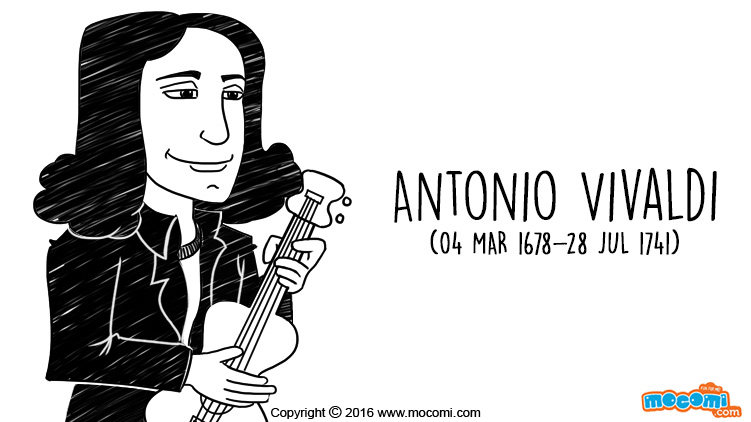 Who is Antonio Vivaldi?

Antonio Vivladi (1678 – 1741) was an Italian priest and prominent composer of the Italian Baroque style. It is believed that the reason his mother dedicated him to the priesthood was because a powerful earthquake shook Venice on the day he was born and she believed that they would not survive. In the seminary he was known as il preto rosso because of his fiery red hair. It is unknown as to when exactly Vivaldi began to play the violin but by 24 he began working at an orphanage called Conservatorio dell’Ospedale della Pieta as a violin teacher. He was an expert violinist but is better known for his serene piano compositions. Vivaldi’s music was bright and innovative. Vivaldi’s Four Seasons, a violin concerto that pulls from the emotional rises of the seasons.

Name the German composer who was widely influenced by the works of Antonio Vivaldi.

Also, you can do a little research and find out about Vivaldi’s ‘The Four Seasons’ and why it became so famous.