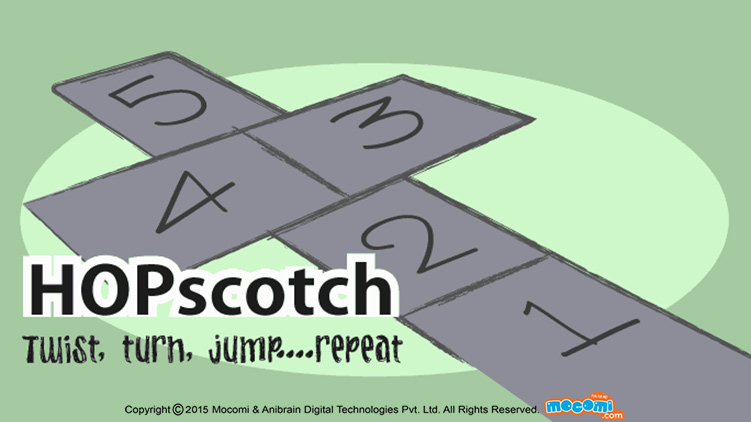 Use chalk to draw the hopscotch court shown above. The first player stands in front of space one. He or she tosses his marker into that space, then hops on one foot into the space, bends over and picks up his marker, and hops up the court and back again on one foot, hopping in each space both up and back.

He then tosses his marker into the next space, hops to that space, picks up his marker, and hops up the court and back again. He continues hopping in this way until he fouls out (hops on a line, puts both feet down, or misses his target when tossing his marker). The players take turns tossing and hopping in the same way.

When it’s the first player’s turn again, he starts hopping from where he fouled out on his last turn.

The winner is the first player to finish the entire sequence of tosses and hops, including the space labeled out.