You Are Here : Home » Learn » New World » Answer me » Where do Phobias come from?
DOWNLOAD 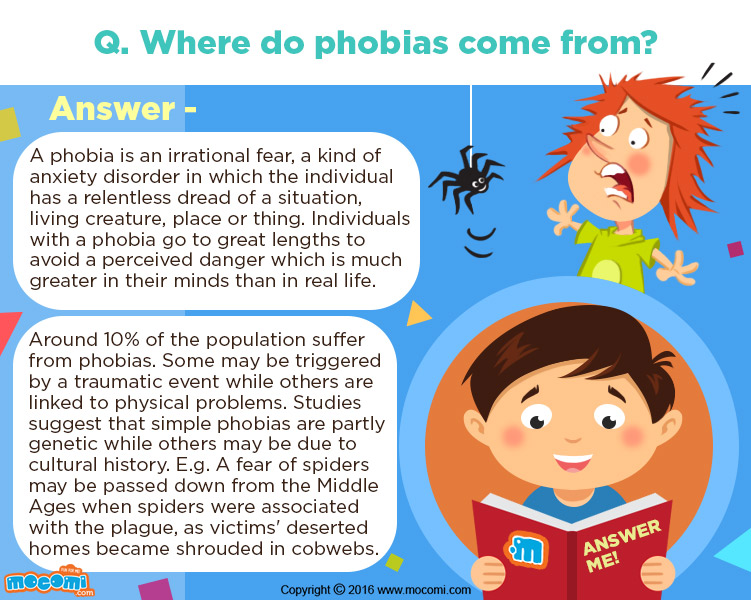 Where do Phobias come from?

A phobia is an irrational fear, a kind of anxiety disorder in which the individual has a relentless dread of a situation, living creature, place or thing. Individuals with a phobia go to great lengths to avoid a perceived danger which is much greater in their minds than in real life.

Around 10 per cent of the population suffer from phobias. Some may be triggered by a traumatic event while others are linked to physical problems. Studies suggest that simple phobias are partly genetic while others may be due to cultural history.

For example, a fear of spiders may be passed down from the Middle Ages when spiders were associated with the plague, as victims’ deserted homes became shrouded in cobwebs.

What is Phobia in Psychology?

We are inundated with information these days. Some of it is really important and helpful and some of it is honestly just ridiculous and misinformed. Since the media often uses fear to grab attention, many people are often unnecessarily afraid. You can have no contact at all with an object or situation, but repeated cautions and warnings can cause fear.

For example, a younger child who watched a YouTube video of someone being attacked by a dog became phobic of all dogs.

Why do we say Hello?