You Are Here : Home » Learn » New World » Answer me » What is Something?
DOWNLOAD 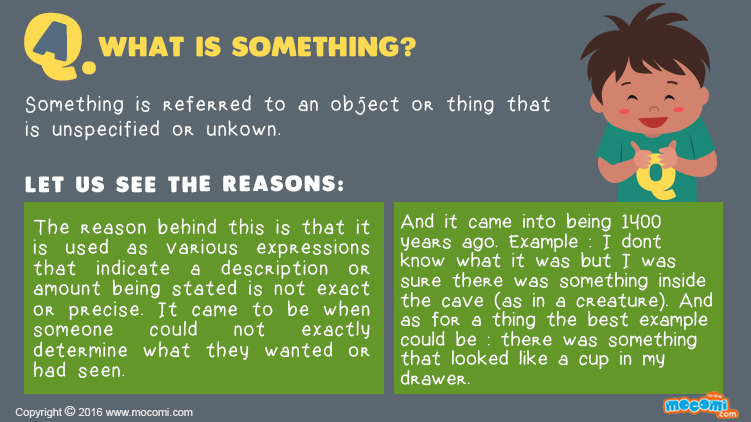 The meaning of the word “Something”

Something is referred to an object or thing that is unspecified or unknown.

The reason behind this is that it is used as various expressions that indicate a description or amount being stated is not exact or precise. It came to be when someone could not exactly determine what they wanted or had seen. And it came into being 1400 years ago. Example : I don’t know what it was but I was sure there was something inside the cave (as in a creature). And as for a thing the best example could be : there was something that looked like a cup in my drawer.

Why does Fog come out of our mouth in Winters?

Why do we Blush?