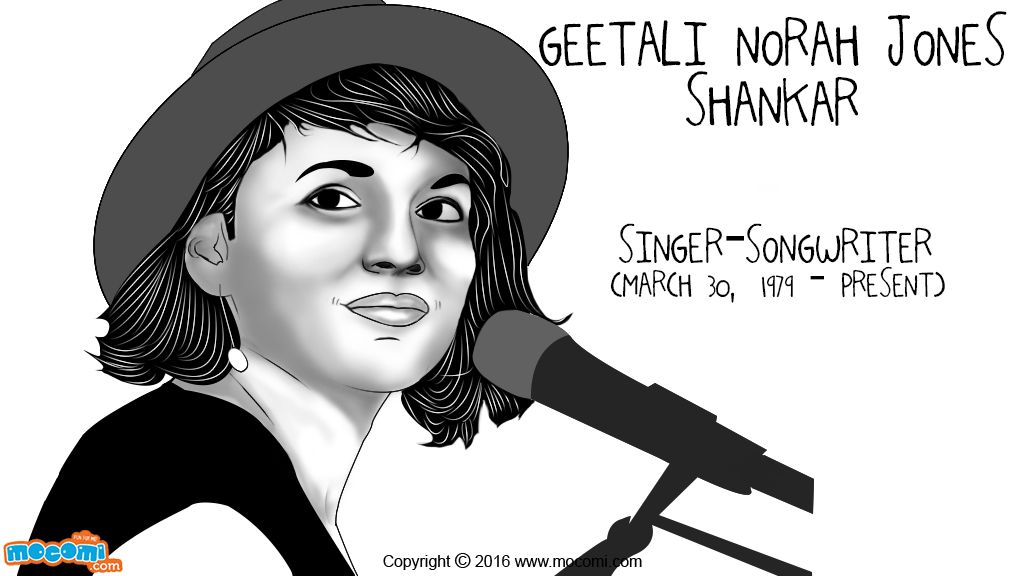 Who is Geetali Norah Jones Shankar?

Geetali Norah Jones Shankar (1979 – ) aka Norah Jones is an American born jazz singer and daughter of Sue Jones and Indian sitar maestro Pandit Ravi Shankar. She attended the University of North Texas where she studied jazz piano and developed her melancholic jazz rasp while singing with the UNT jazz singers. After graduation, the soon to be multi-Grammy award winning singer moved to New York City where she worked as a lounge singer. When the president of the record label where she worked part time singing back up vocals heard her 3 track demo recording he knew she would be a hit if given the right direction and signed her immediately. Her first album Come Away With Me was widely acclaimed with its pop feel and mellow jazz vocals eventually hitting #1 on the U.S Billboard top 200 and US Top 40. Since then Jones has recorded 3 more albums and has also starred in the film My Blueberry Nights directed by Kar Wai Wong.

Norah Jones has the recepient of the Grammy how many times?

She is the half sister of which other famous Indian sitarist?