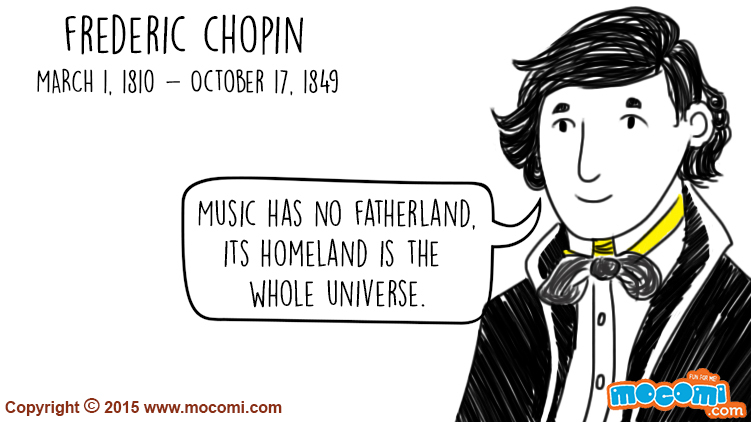 Frederic Chopin (1810 – 1849) was a Polish composer of French-Polish parentage who is deemed one of the great masters of the romantic period of western classical music. Almost all of Chopin’s work is made up of piano music including sonatas, mazurkas, waltzes, nocturnes, etudes, scherzos and preludes. Chopin began learning music at age six and began composing a year later. He had a unique ability to absorb sound and was said to have a great talent for mimicry. Chopin’s music was of a gentle and harmonious sort that focused on the softer tones of the piano even though he grew up in the loud and energetic traditions of Bach and Beethoven. No self-respecting concert pianist is without multiple Chopin pieces in his or her repertoire.