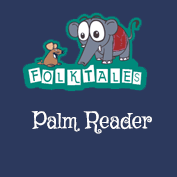 A palmist by profession, Hari Prasad was one of the most popular men in his locality. People living in his area believed that he had some very special qualities, by virtue of which he could predict the future of his clients.

Hari Prasad simply took a look at the criss-cross lines on a man’s hand and narrated all the details about his past life. The client would listen to him astonished. Eventually, they paid him a lot of money and left his place confused and dazed.

A lot of people believed whatever he said and were amazed by his ability to understand the past and predict the future. Only a few realised later that almost all the things that he said were generalisations, and the rest were a part of the discreet research conducted by him on his clients. By the time they realised their mistake, it would be too late, and by then, they had already paid him his fees.

Hari Prasad looked extremely serious and convincing, so it was very difficult for people to not trust him immediately. Thus, there always used to be a long queue in front of his house. Some waited to learn about their future while some wanted to get their plans examined. Hari Prasad would initially surprise them with some very accurate observations of their life and eventually ended up the conversation with a lot of nonsensical stuff.

One day when Hari Prasad was in between one of his regular sessions, a boy from his neighbourhood, came running, and said “Chacha, someone broke into your house and stole everything you had. Go home quickly.”

Hari Prasad jumped and ran towards his home. The entire locality watched him astounded as he ran past them. One of his neighbours asked, “Why is he running so fast? Didn’t he already know that this was about to happen? I thought he could foresee the future.”

“The thief for sure didn’t inform Hari Prasad beforehand,” said another man mockingly. “I don’t think he is as good at predicting his own future as that of others.”